We are Kadampa Meditation Center Colorado

Kadampa Meditation Center Colorado is a spiritual community, a sanctuary in the city in which we can learn to practice Kadampa Buddhist meditations and use wisdom to solve our daily problems, grow spiritually and transform our world. Based on the books of the contemporary Buddhist master, Venerable Geshe Kelsang Gyatso and the lineage of Kadampa Buddhist masters, KMC CO presents Buddha’s teachings in an authentic and accessible manner that can easily be integrated into busy modern life. Located in the SloHi neighborhood in Denver, Colorado, we offer in-person and live-streamed meditation classes for all levels of interest and experience.

“Without inner peace in the hearts of living beings, there can be no outer peace.” ~ Geshe Kelsang Gyatso 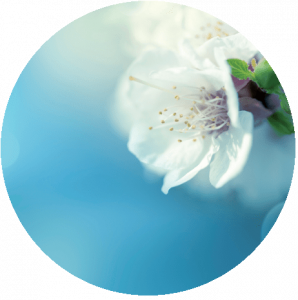 We can solve our daily problems such as stress, anxiety, anger, uncontrolled desire, confusion and jealousy and find deeper and deeper inner peace. 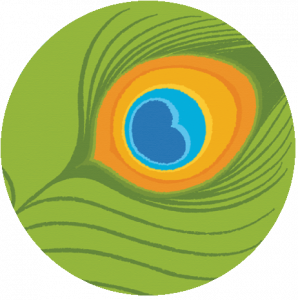 We can nurture our spiritual potential  by increasing our loving kindness and wisdom, and eventually attain full enlightenment! 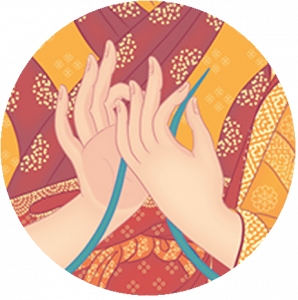 By integrating these practical methods into our daily lives, we will not only enrich our own lives, but the lives of our families, communities and world.

Kadam Lucy James, one of Geshe Kelsang’s earliest disciples, was invited by him to become our new Resident Teacher in 2013, and the Center and its community continued to flourish. With a lot of people seeking these teachings and meditations each week, we outgrew our space in Cap Hill. We temporarily leased a space in Downtown Denver and then in 2021 purchased a new building in the SloHi neighborhood in Denver.

The 2022 international brochure showing the latest developments in Modern Kadampa Buddhism worldwide, and the international teaching program of Festivals and Dharma Celebrations for the year is now available.

You can download two PDF versions, one for mobile devices and one for desktops. 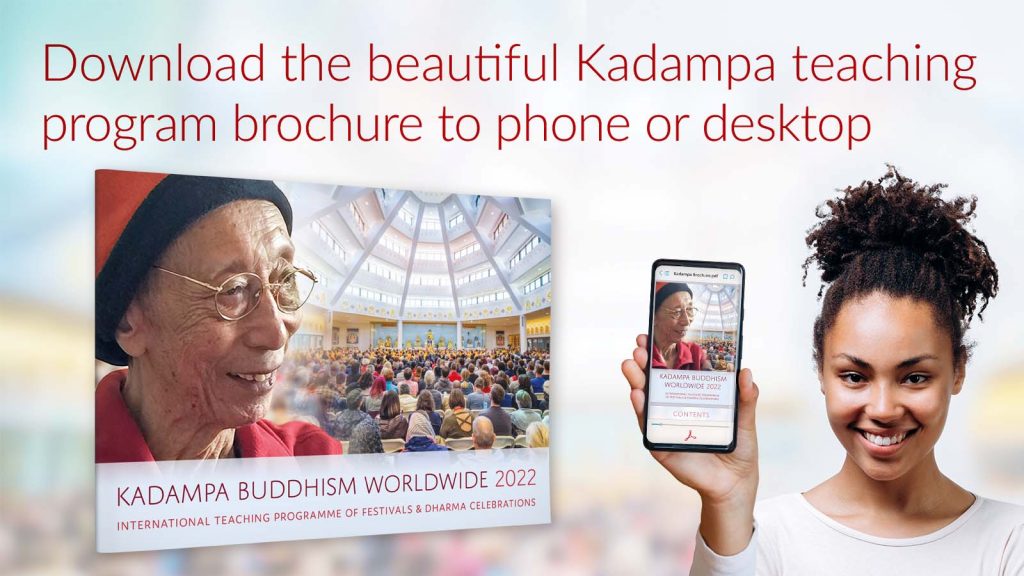 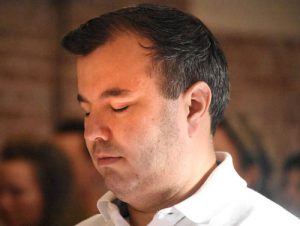 You don’t have to be a Buddhist to learn Buddhist meditation and find peace, positivity and joy in your life, whatever circumstances you find yourself in. Meditation means familiarizing ourself with positive and happy ways of thinking and overcoming negative habits of mind that cause unhappiness. Buddhist meditation is open to everybody who wants to learn it; it doesn’t belong to Buddhists. It resonates with a lot of people these days because it provides very practical methods for finding peace, happiness and meaning in the midst of busy modern daily life. It also provides practical and effective ways of helping others and dealing with many of the problems in the world today.

KMC CO is Part of the New Kadampa Tradition

Kadampa Buddhism is a special presentation of Buddha’s teachings designed especially for the people of the modern world. All the practices come from Buddha Shakyamuni and have been preserved over the centuries by an unbroken lineage of fully-realized Teachers.

Venerable Geshe Kelsang’s presentation retains all the meanings and insights of Buddha’s original teachings while offering them in a way that is accessible and suitable for modern-day practitioners. Through this great skill, everyone – regardless of race, nationality, background, age, or gender – now has the opportunity to practice scientifically-proven methods for solving the problems of daily life that ultimately lead to true and lasting happiness. 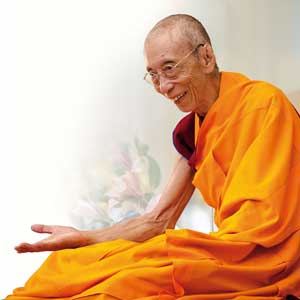 The New Kadampa Tradition was founded by Geshe Kelsang Gyatso after he moved to the West in 1977 at the request of students in England seeking authentic Buddhist teachings and meditation. 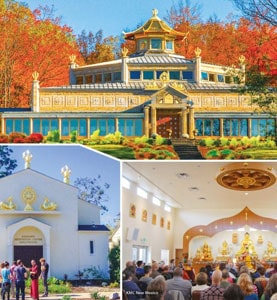 KMC CO is one of 1,300 locations worldwide

The New Kadampa Tradition started at Manjushri Kadampa Meditation Centre in England and is now established in more than 1,300 locations throughout the world. 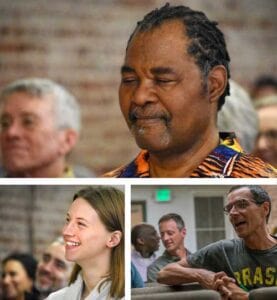 Giving everyone a way to live up to their potential

Since his arrival in the West, Geshe Kelsang has written 24 books which explain modern Buddhism, a special presentation of all of Buddha’s teachings of Sutra and Tantra that is suitable for contemporary society.

Find the class that's right for you! 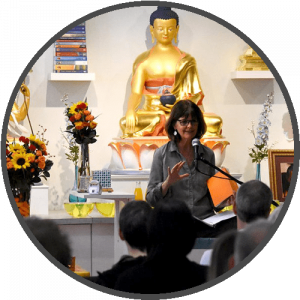 We offer a wide variety of weekly classes, most of which are drop-in and suitable for all levels of practitioner. Our Resident Teacher Kadam Lucy James teaches on Sunday mornings, Wednesday and Thursday evenings. These wonderful classes include guided meditations and practical teachings. We also have a Tuesday evening class with LJ Aaen which is an excellent class for all levels. 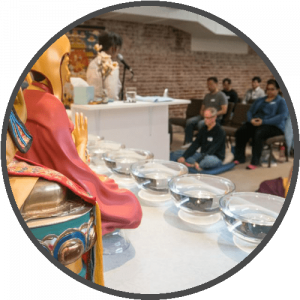 Our weekend program includes beginners’ workshops—which are ideal for making some headway into meditation—special one-time courses and mini-retreats that cover particular Buddhist themes. These are usually open to all levels of practitioner, but check each event’s page for details. These practical courses and workshops allow us to delve deeper into different areas of Buddha’s teachings and meditations. 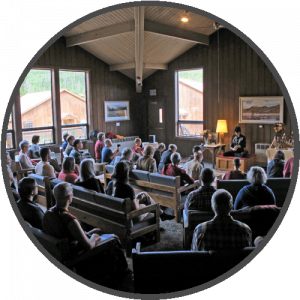 We offer meditation retreats that range from half-day retreats on Saturdays, to full weekends, to away retreats during which we stay at a retreat center in the mountains. These relaxing and profound retreats help us create the space to more deeply contemplate and meditate on specific teachings. 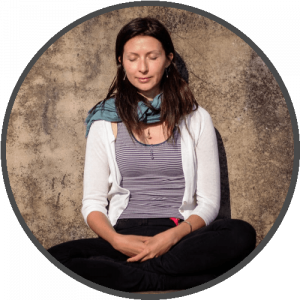 Looking for a relaxing, short and peaceful guided meditation? Our simple 30-minute meditations are an enjoyable way to ease into meditation. These are currently offered on Tuesdays at lunchtime and on Wednesday mornings and are free or by donation. We also have on-demand 30 minute meditations with Kadam Lucy James that you can access anytime you wish! 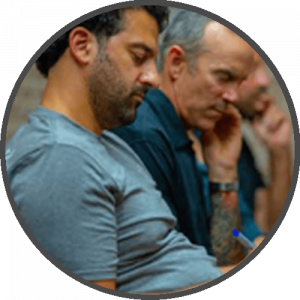 For those wishing to go deeper by studying and practicing more systematically, KMC CO offers the Thursday In-Depth  Meditation Series and the Teacher Training Program. These require enrollment and regular attendance. 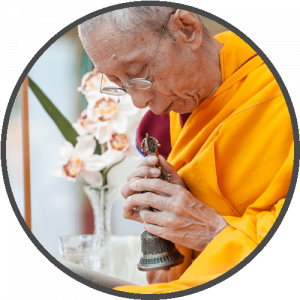 We also offer regular sessions of meditation prayers throughout the week, each comprising prayers in English and silent time for meditation. All the essential practices of Kadampa Buddhism are included in a series of prayer booklets prepared by Venerable Geshe Kelsang Gyatso and published by Tharpa Publications. 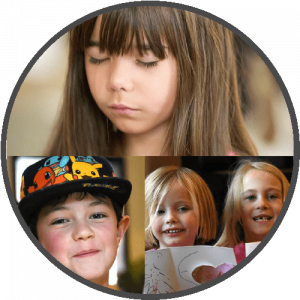 Currently on hold, but we will start up our Kids Meditation Class (5 – 12 years old) very soon! In these classes, kids learn how to meditate and are introduced to foundational Buddhist concepts through teachings and fun crafts and stories. For example, they learn how to connect to a sense of inner peace, how to identify with their astounding potential, how to develop compassion and gratitude for others, and how to let go of agitating states of mind such as anger. 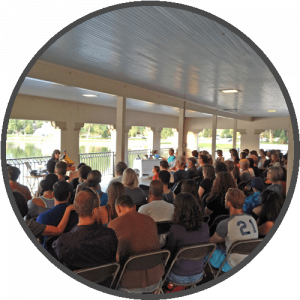 Soon we will once again offer drop-in classes at branch locations in Cap Hill, Lakewood, Boulder, Colorado Springs and Evergreen, as well as public talks at places such as the Wash Park Boathouse and Denver Art Museum. 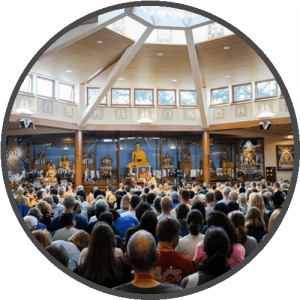