Turning the Wheel of Dharma Day 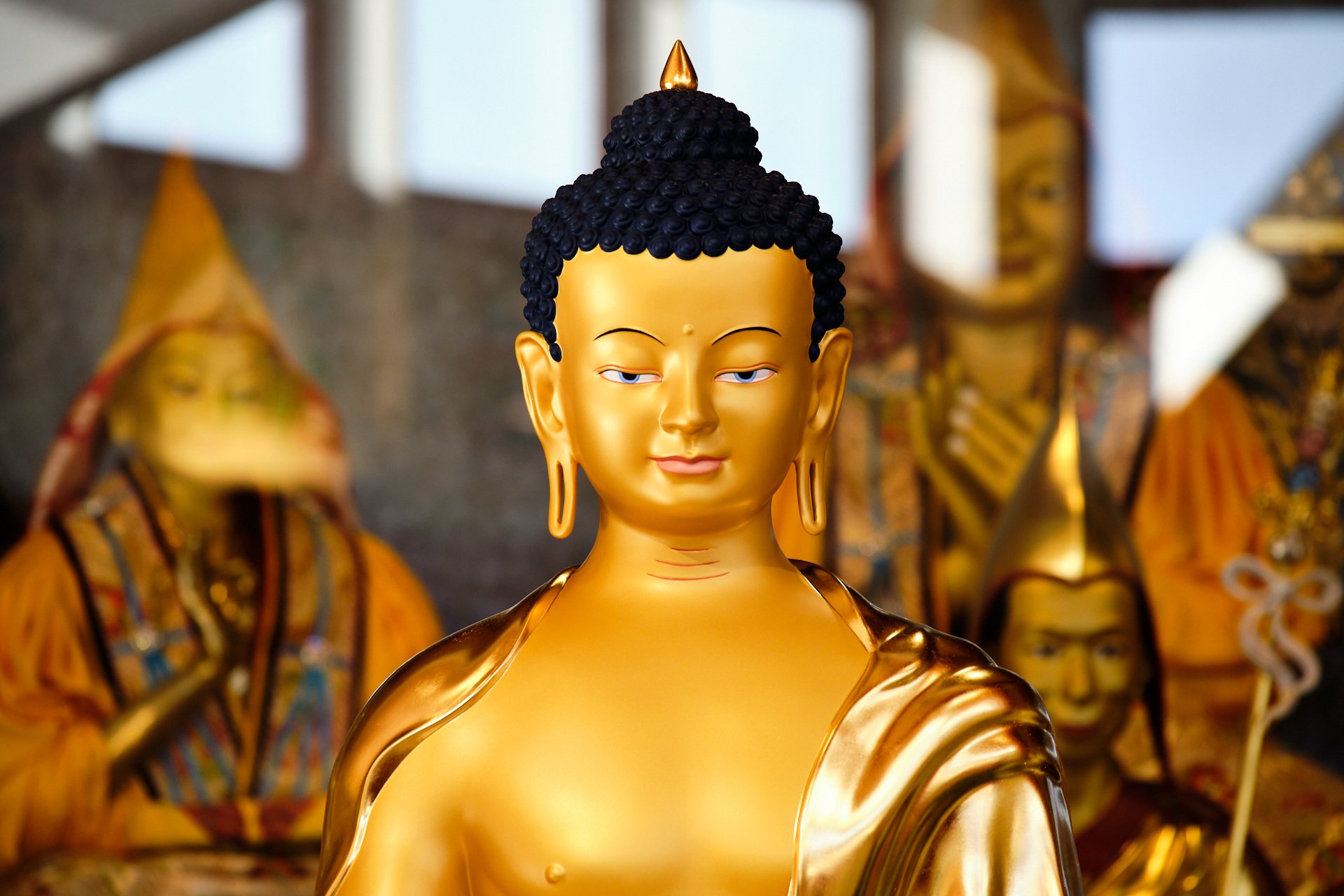 June 4 marks the anniversary of Buddha’s first teaching in this world and also the birthday of Venerable Geshe Kelsang Gyatso, the Founder of the New Kadampa Tradition – International Kadampa Buddhist Union.

Forty-nine days after Buddha attained enlightenment, as a result of requests he rose from meditation and taught the first Wheel of Dharma. These teachings, which include the Sutra of the Four Noble Truths and other discourses, are the principal source of the Hinayana, or Lesser Vehicle, of Buddhism.

Later, Buddha taught the second and third Wheels of Dharma, which include the Perfection of Wisdom Sutras and the Sutra Discriminating the Intention, respectively. These teachings are the source of the Mahayana, or Great Vehicle, of Buddhism.

It is because of the great kindness of Buddha in turning the Wheel of Dharma that the people of this world have the opportunity to follow a spiritual path to the permanent inner peace of enlightenment. Without these teachings there would be no path for us to follow and so no possibility of bringing our suffering to an end.

To commemorate this special day, Kadampa Buddhist centers around the world hold special events with prayers for Buddha’s teachings to flourish in this world for a very long time.

Our Center is one of over 1,200 worldwide in the New Kadampa Tradition-International Kadampa Buddhist Union.