The Lineage of Kadampa Buddhism 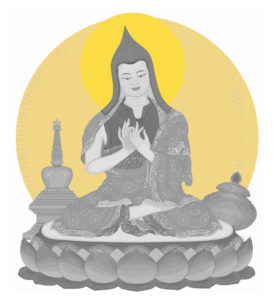 The great Indian Buddhist Master Atisha (982 to 1054 AD) was responsible for reintroducing the entirety of Buddhism into Tibet.

Although Buddhism had been introduced into Tibet some 200 years earlier by Padmasambhava and Shantarakshita, Buddhist practice in the country had largely degenerated during the anti-Buddhist purges of the Tibetan king, Lang Darma (circa 836 AD).

Invited by Jangchub Ö, a ruler of Ngari in western Tibet, Atisha was asked to present a Dharma that everybody could follow and that would show how all the paths of Sutra and Tantra could be practiced together.

In response, Atisha wrote Lamp for the Path to Enlightenment, the original stages of the path to enlightenment or Lamrim text, which has served as the basis for all subsequent Lamrim instructions. In this way he was largely responsible for the successful revival of all Buddhist teachings of Sutra and Tantra in Tibet. 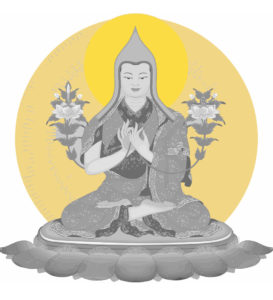 Je Tsongkhapa was a famous 14th century Tibetan Buddhist Master whose appearance in Tibet had been predicted by Buddha Shakyamuni himself. Je Tsongkhapa (whose ordained name was Losang Dragpa) widely promoted and developed the Kadampa Buddhism that Atisha had introduced three centuries earlier.

Je Tsongkhapa patiently taught the Tibetans everything they needed for their spiritual development from the initial step of entering into a spiritual practice to the ultimate attainment of Buddhahood.

This was a golden age in Tibet, and thousands of Tibetans were inspired by Je Tsongkhapa’s immaculate example of pure moral discipline, compassionate way of life, and profound, liberating wisdom.

His followers became known as the ‘New Kadampas’ and to this day Kadampa Buddhists worldwide study his teachings and strive to emulate his pure, compassionate example. 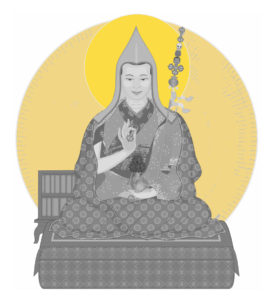 Geshe-la, as he is affectionately called by his students, is primarily responsible for the worldwide revival of Kadampa Buddhism in our time.

From the age of eight, Geshe-la studied extensively in the great monastic universities of Tibet and earned the title ‘Geshe’, which literally means ‘spiritual friend’. Under the guidance of his Spiritual Guide, Trijang Dorjechang Rinpoche, he then spent the next 18 years in meditation retreats in the Himalayas.

In 1977 he accepted an invitation to teach at Manjushri Kadampa Meditation Centre in England, where he lived and taught for many years, giving teachings and guidance to an ever-growing number of students, including at many International Festivals.

From 1977 to the present day, he has founded over 1,300 centers for Kadampa Buddhism around the world and trained up hundreds of modern Buddhist teachers.

Kadampas aim to integrate their knowledge of Buddha’s teachings (Dharma) into their practice of the stages of the path to enlightenment (Lamrim) and apply these teachings to their everyday lives.

The great Kadampa teachers are famous not only for being great scholars, but also for being spiritual practitioners of immense skill and sincerity. 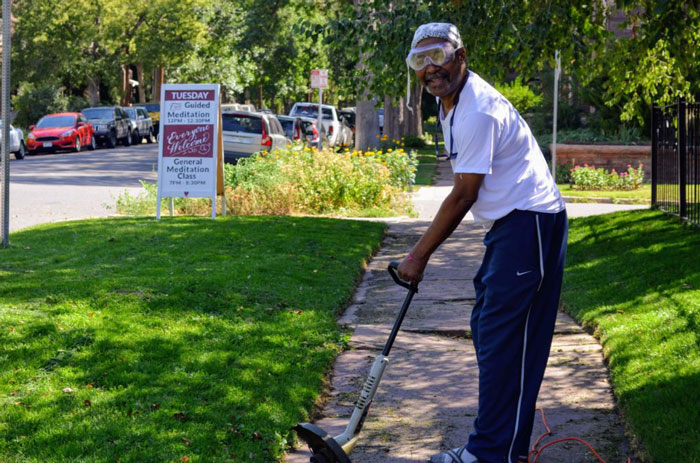